Today we are sharing our British History Timeline review.

We have a new game in our house and it’s one that I have been eagerly awaiting. We’ve been playing British History Timeline….. 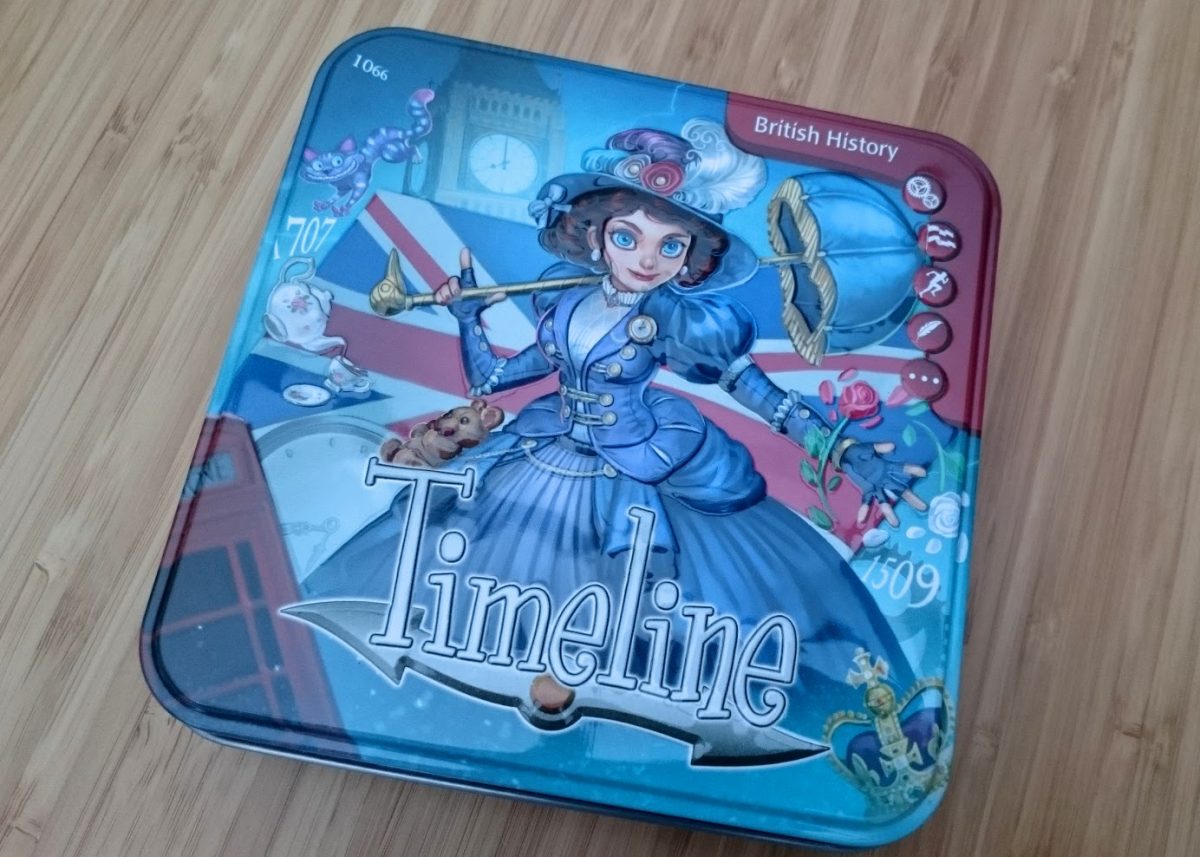 As the name suggests, this is a Timeline game. There are several different Timeline titles, including Inventions, General Interest, Music and Cinema, Star Wars and more.

The British History version is the latest addition to the range and with my love of history, I was keen to give this one a try.

The game is all within a tin that comes with a big stack of photo cards and a playing instructions leaflet.

There are events and pictures on one side of the cards, and on the other there is also the year in which the event occurred. 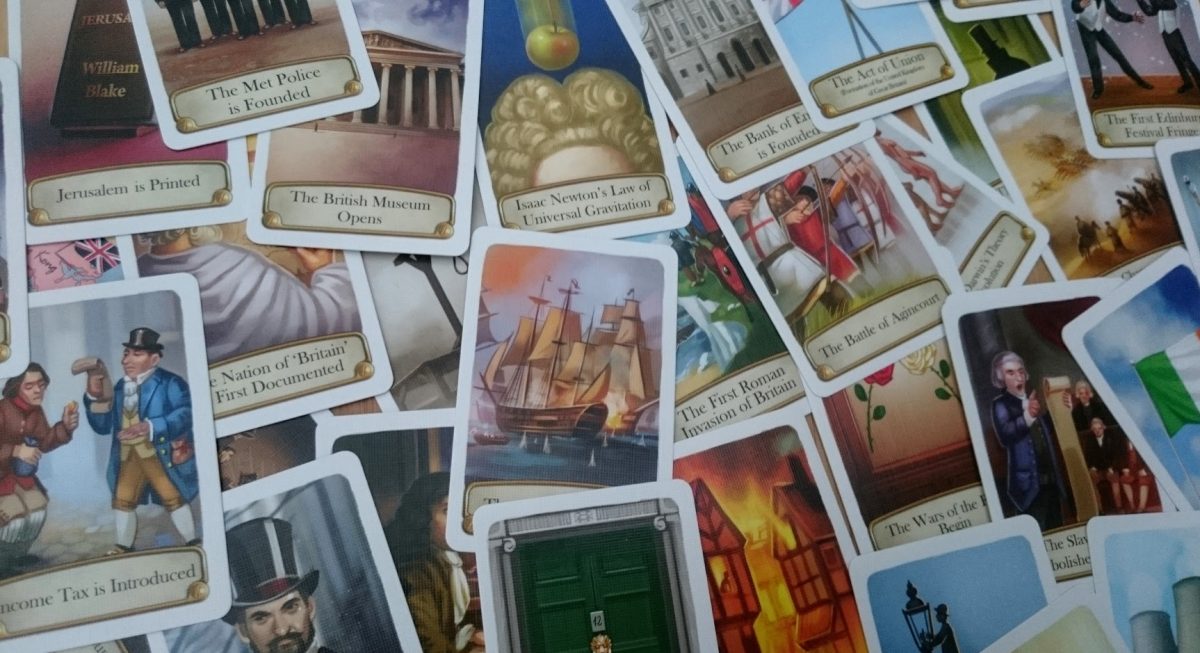 The cards cover events that took place BCE all the way through to recent times.

As is the case with history, there is then huge variety within that, so you’ll need to know your battles and monarchy as well as your sporting history!

The set up to play is incredibly easy and fast, as this game is all about the cards.

Each player receives four cards, which they place in front of them with the date on the reverse.

A card is turned over and placed in the middle to begin play and start off the Timeline, and that card does have the date revealed. 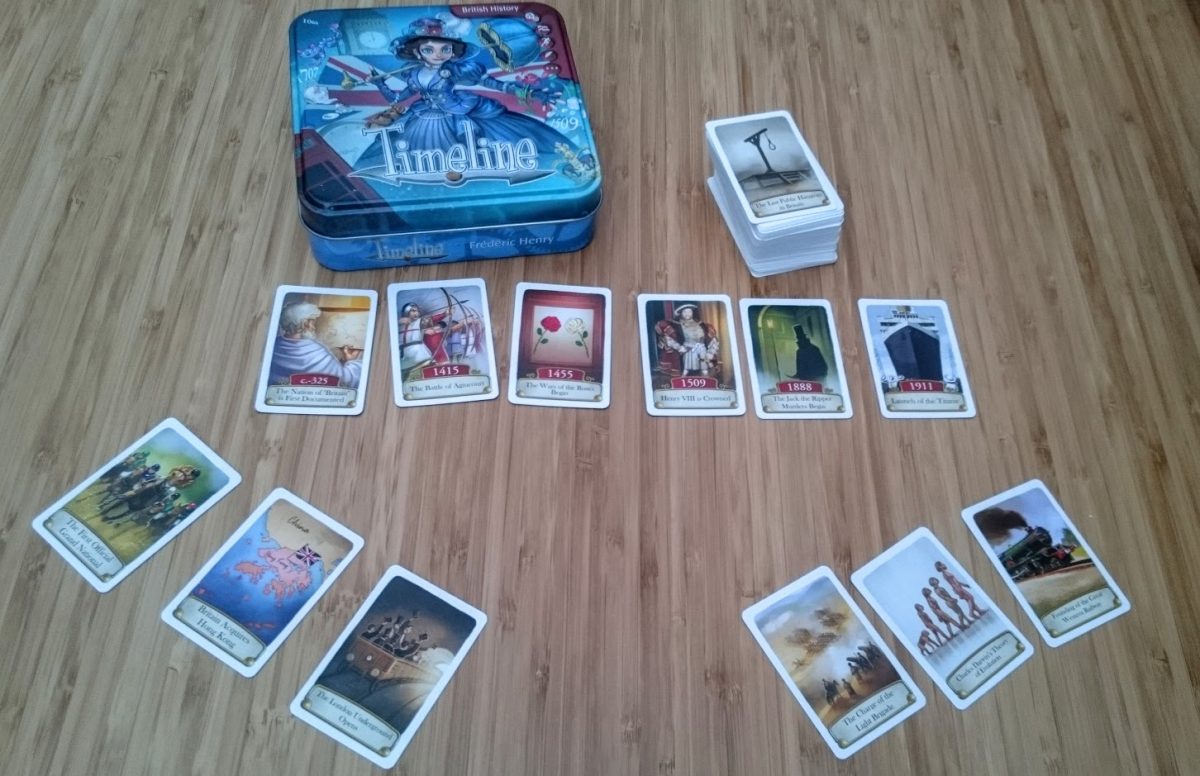 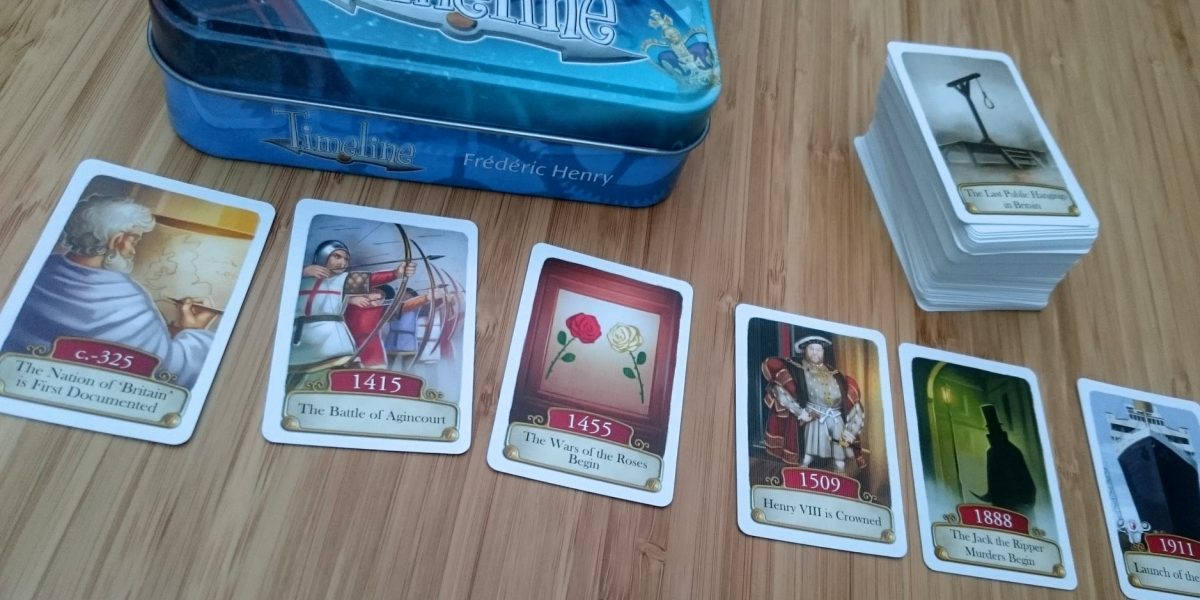 Players then take turns to add one of their cards to the Timeline.

So on your turn you select a card from your pile and decide whether it goes before, after or somewhere in the middle of the Timeline, as you are looking to place historical events in chronological order.

If a card is placed incorrectly, it’s put to the bottom of the pile and the player needs to take another.

The winner is the player who runs out of cards first.

If ever there was a game made for me, this is it! Goes without saying, right?

It tests my knowledge and is teaching me plenty, too.

It’s been a fun one to play with my daughter as she’s starting to take an interest in history, so when it’s just the two of us, we use the cards more as a talking point than a game – an unexpected added dimension for us that we’re really enjoying.

I do like that it takes just seconds to set it up and can then be played for however long you wish to play it for, by adding more and more cards to the Timeline.

The game comes in a handy small tin, which makes it great for carrying around and easy to store away.

I love it. Of course I love it!

British History Timeline is priced at £13.99 and is available from Amazon or from your local game store. You may also enjoy Star Wars Timeline, available now.

I now have a British History Timeline up for grabs. To be in with a chance of winning it, enter using the rafflecopter below. The competition is open to UK entrants only and closes at 12am 13th December 2016.

What appeals to you about this game?

Disclosure: We received this game FOC for the purposes of this post