It’s time to take part in Julia’s #fiveunder5 series for this month, where I share with you five things that I’ve bought for under a fiver in the past few weeks.

I’ve been trying to cut down on my spending, after spotting a few No Spend January posts, which I thought were a great idea. Unfortunately, the very day that I read one of these, I then went out and spotted a couple of bargains that I was unable to resist, so I failed at the very first hurdle!

Books have also lured me this month, though I do tend to buy mine in either charity shops or at a reduced price on Amazon, as was the case with these two this month. But, I am pleased to say that I made my first trip to the library (for me, I go for the kids, but never get a chance to look myself!) in a long, long time and picked up a couple of reads there. I also spotted several other titles that I’m keen to try, so I am hoping that with my current reading pile and the library, I will save on book buys for the next few weeks and months. I can’t promise that, though! 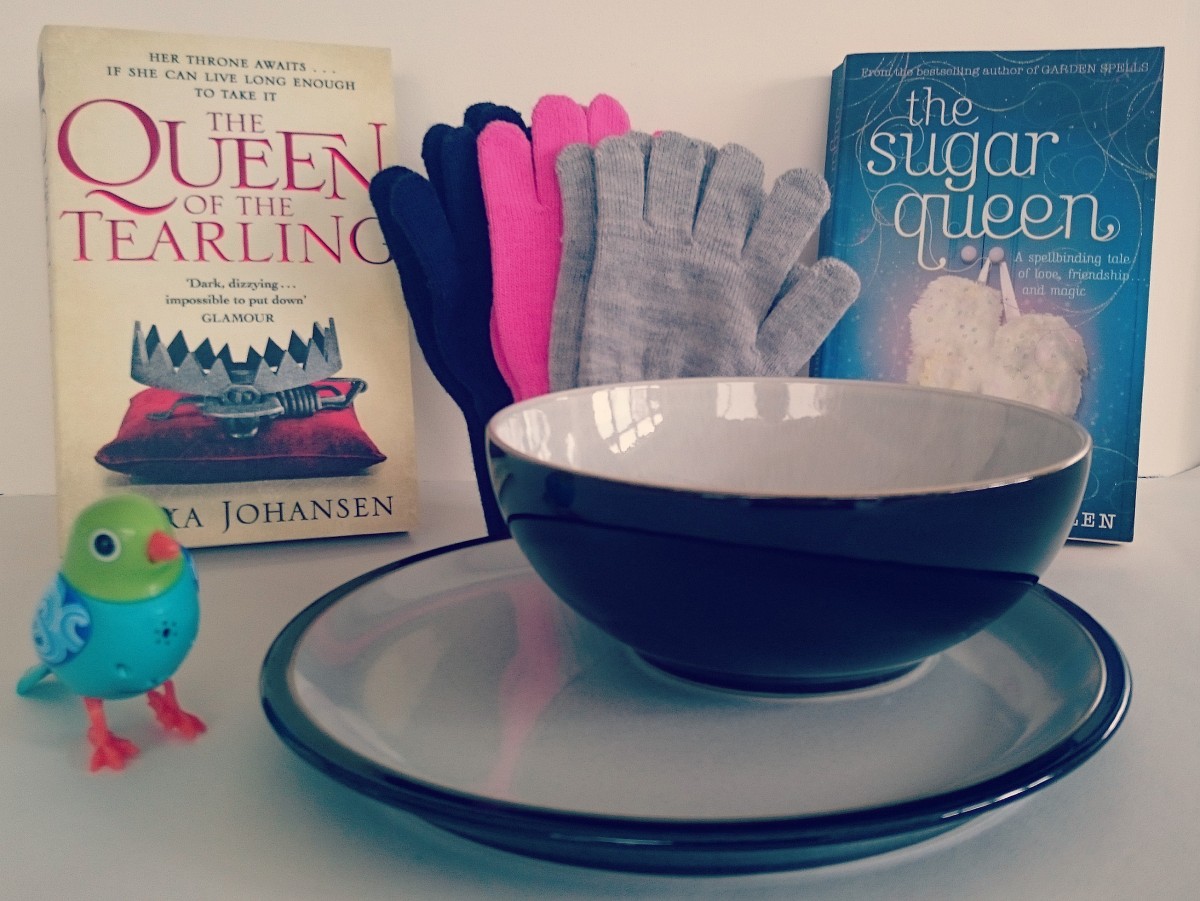 As mentioned, I bought a couple of books from Amazon, The Queen of Tearling by Erika Johansen and The Sugar Queen by Sarah Addison Allen. The latter I read last week and thoroughly enjoyed. I’ve read others by her, and I think this one is my favourite.

I spotted the pack of 3 pairs of gloves for my girl in H&M, reduced from £2.99 to just 50p. Bargain! I also bought a couple of packs of two pairs of tights for her, reduced from £5.99 to 50p, so I was delighted with my £1.50 spend on £15 worth of accessories. These were the aforementioned bargains that ensured I failed at No Spend January!

The little digi bird there was for my son as one of his post-nursery treats (bribes to get him to attend, you understand). They were reduced from £7.49 to £2.96 in Toys ‘r’ Us, which I thought was really good. He loves his, my daughter has one, and I picked up a couple more as pressies.

Finally, we have a new dinner set which I adore. It’s a Denby set, and clearly did cost more than £5, but it was half price and I worked out that the cost per individual item is under £5, so that counts, right?! We’d been on the lookout for a new one for a while, and this one is just perfect.

So that’s me for this month. What have you been buying?