When The Present Finder got in touch offering us the chance to review and give away a copy of their brand new gift giving game The Great Christmas Present Game I was intrigued….

Christmas is time for fun, feasts, family, and board games. So what could be better this year, than unwrapping the new and exclusive, The Great Christmas Present Game! Unlike anything you’ve seen before this thrilling gift giving game has plenty of wicked surprises! Are you on Santa’s nice list this year, or will you be paid a visit by the Naughty Elf? This simple game involves plenty of gift giving and present pinching from the grand Pile of Presents! With funny forfeits and tough challenges who will end up with the biggest stash in their stocking?

Sounds interesting, right? So to get us started with this, we received the game along with some pre-wrapped gifts so we could dive straight in and play. 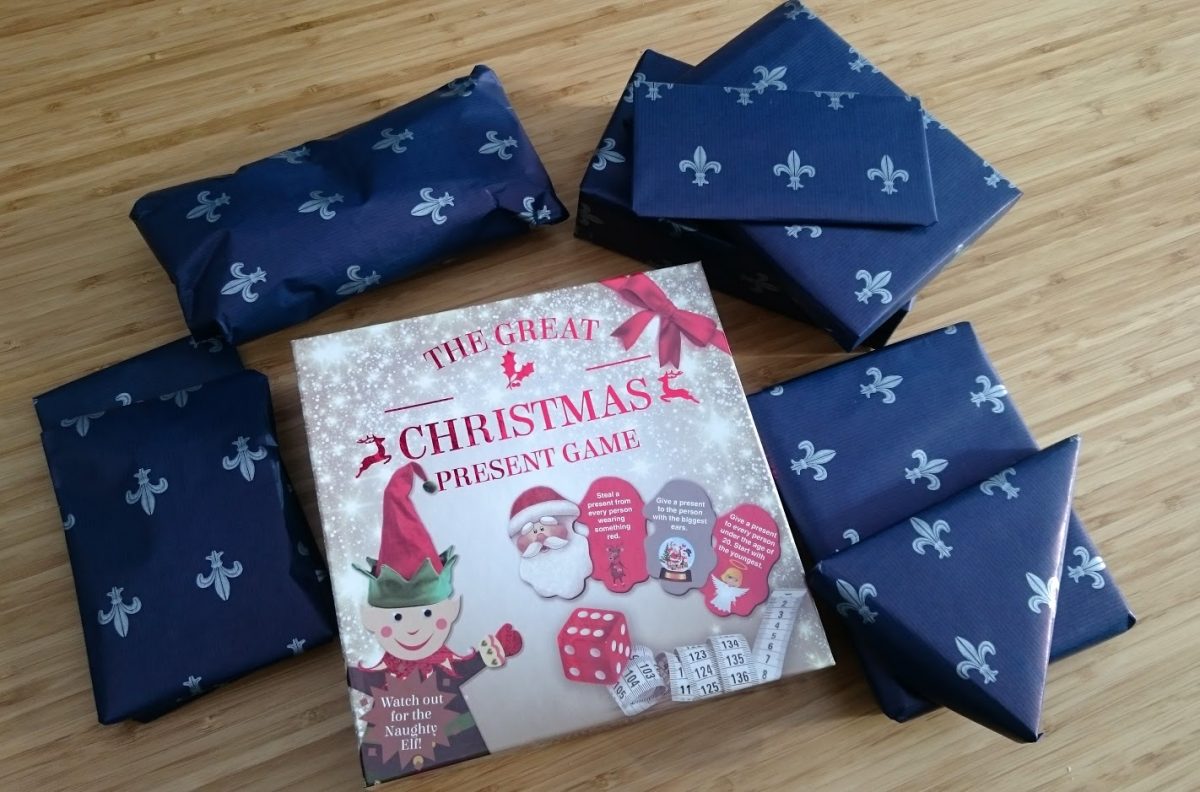 The concept is a fun one, as it’s simply about trying to accumulate the most presents that you can. It’s entirely up to you how many gifts you play with, though the game recommends that each player provide two presents. We played like this, as a family of four, and the eight parcels were enough.

The box includes two boxes of Santa cards, a dice and tape measure. The latter two things are sometimes required for some of the challenges. The cards all have instructions on, such as ‘steal presents from the oldest player’, ‘give a present to the player to your left’ or ‘each player rolls the dice and if you roll a 6 you get the whole pile of presents’. 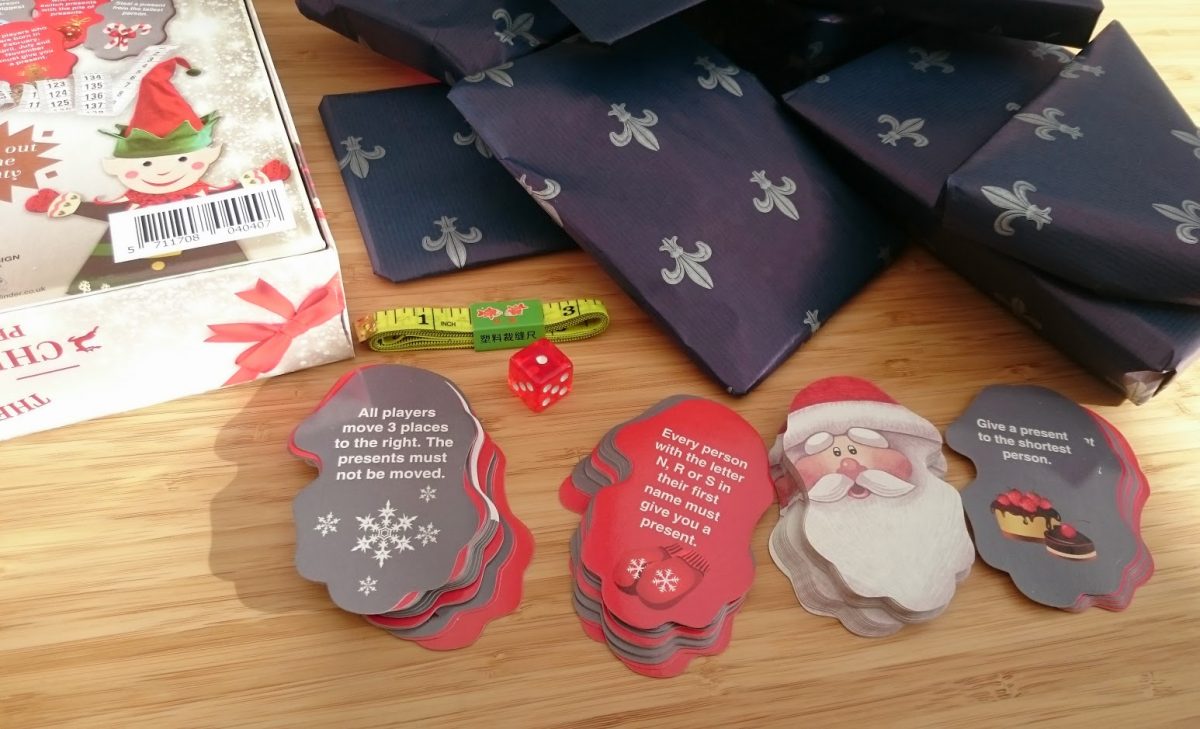 To start the game, each player takes one gift from the present pile and places it in front of them. 5 cards per player are placed in the centre of the table, face down in a single pile, and then the fun can begin.

The youngest player starts by taking a Santa card and carries out the instructions. Play then continues clockwise and the game continues until all of the cards have been played. There is a lot of movement of the presents as they are passed back and forth on every turn. If you’ve not got a present in your pile and you need to pass one on, then forfeits come into play, to be decided by your fellow players.

At the end of the game, players can open up their present pile, assuming that they have one!

This is completely different to any game we’ve played before so it gets a thumbs up straightaway for originality.

It’s very easy to understand and start playing quickly, assuming that you have some wrapped gifts all ready to go. It might be that in setting up the game you theme the gifts, put budgets on them, use it to swap unwanted or duplicate presents, or use it for Secret Santa. It’s really versatile in that way.

The card prompts are all simple to understand and do, and as there’s no skills involved, it really is a level playing field making it great for all ages. It can be played quickly, or you can add more cards to the pile to keep the fun going. It is a game that had us all laughing as people lost and gained their presents and carried out various forfeits throughout.

We all played this one, and I would say that my four year old struggled a bit to understand the concept initially and really wanted to just keep all of the presents! He was reluctant to give away his present, though after a round he started to see that they were going to him as well as away from him, so he did settle into it. It may be one to avoid if you’ve got young children who are not keen on losing, as kids can be quite protective of presents! That said, what child can resist a game where they get to open presents at the end? Look at my kids faces when their turn came!

It’s clearly a game designed for the festive season, but although that might make it something that only comes out once or twice a year, I can see it being the kind of game that can become a family tradition, coming out year after year. It’s good for a laugh and there is something very exciting about not knowing what’s inside those parcels as you pass them about!

I now have a copy of this game up for grabs. To be in with a chance of winning it, enter using the rafflecopter below. The competition is open to UK entrants only and closes at 12am 13th December 2016. Good luck!

What appeals to you about this game?

Disclosure: We received this game FOC for the purposes of this post