I have been replaced. Already, at Little Man’s tender age of 15 months, his mummy is no longer his favourite person in the world. I mean, sure, if he’s hurt or needs something, he’ll still toddle to me first, but that’s just convenience, isn’t it?

There is a new person in his life. Someone that makes his eyes light up, that has him gabbling away ten to the dozen, and as soon as he speaks, Little Man giggles with pure joy.

Who is this usurper, I hear you cry? Who could be better than Mummy?

Makka Pakka. Yep, that saggy-bottomed, bizarre-looking lump of beige. Better than me, though, it seems. To be beaten to my own son’s affections by this squidgy creature is a little galling, but I suppose it must come to us all. 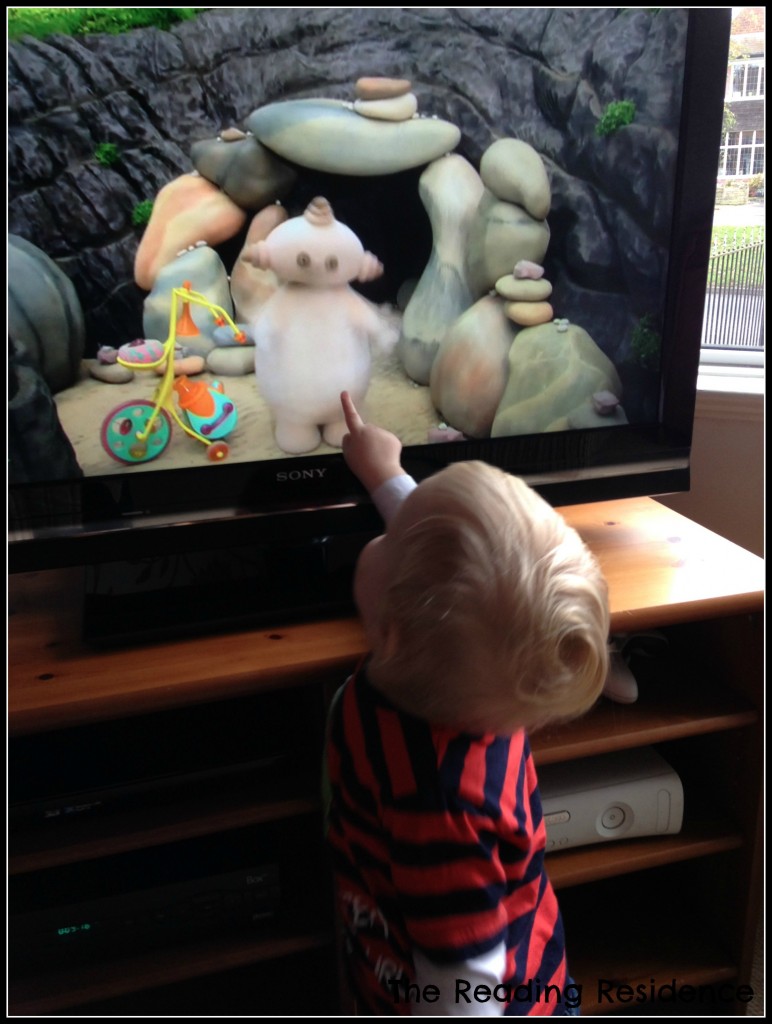 I’m not a big fan of In The Night Garden. The Husband loathes it. Boo was never too bothered with it, though she’ll watch it. But Little Man? Oh my word, he loves it!

He’d never actually seen it, as it’s on after we go up for his bath and bedtime, but Boo had a book of it that he’s inherited and recently ‘discovered’. From the first read, he was particularly drawn to Makka Pakka, for whatever reason, and since then there’s no doubting that he’s his favourite. At every page, it’s him that he looks for and points at and garbles away unintelligibly. So I found the programme ‘on demand’, and he’s now sampled the delights of hearing Makka Pakka, too, and watching him wave and dance – his devotion has been cemented.

The Ninky Nonk also has him smiling with glee, the Tombliboos amuse, but there’s just something extra special about Makka Pakka it seems, though I confess to being unable to see his appeal. If pushed, I’d have to choose the Pontipines myself, though I’m going to struggle to give you a clearly defined reason as to their attraction!

I’ve accepted my demotion with as much good grace as I can muster. I’ve looked at it through his shining eyes, and I’m embracing this first from him. This is his first real ‘thing’ that he’s shown an interest in. Yes, he loves lots of toys and books, but I’ve not seen him light up like this before whenever he spots a character, so I’ll take it as another sign of him growing up, developing his own (somewhat dubious) tastes and I’ll enjoy every one of those cheeky smiles that the beige-one elicits from him.

What about you? Are you still top of the tree, or does your little one crave another?

Update June 10th 2014: So yep, he still loves him! He has discovered Peppa, Thomas and pirates since then that he’s quite a fan of, but he still adores Makka Pakka, and cuddles him closely each night.