As it’s the start of a new year, I thought it would be nice to look back over my book journal for last year and remind myself of all that I read and enjoyed. It seems that 2015 saw me reading 72 books, along with a handful or re-reads. Some I enjoyed, some took me a while to get through and others jumped out at me as they were brilliant reads. I got into reading more thrillers last year, my favourite reads of the year being Tess Gerritsen and Peter James novels. I also picked up a few authors that I’d never tried, as well as returning to some that I’d not read in a long time, such as Dean Koontz. I also read, as always, a fair bit of Regency Romance and particularly enjoyed Eloisa James’ and Sarah MacLean’s latest titles. I shared a bit more in my post The Authors That I Can Never Resist.

OK, this is ever-growing and this is just some of it. I have a fair few books and I’ll no doubt have more soon, too – it’s an addiction. I’ve also plans this year to use the library more, and I’ve a trip planned there soon so the pile will just grow and grow! But for now, this is a small selection of the books that I plan to read soon…. 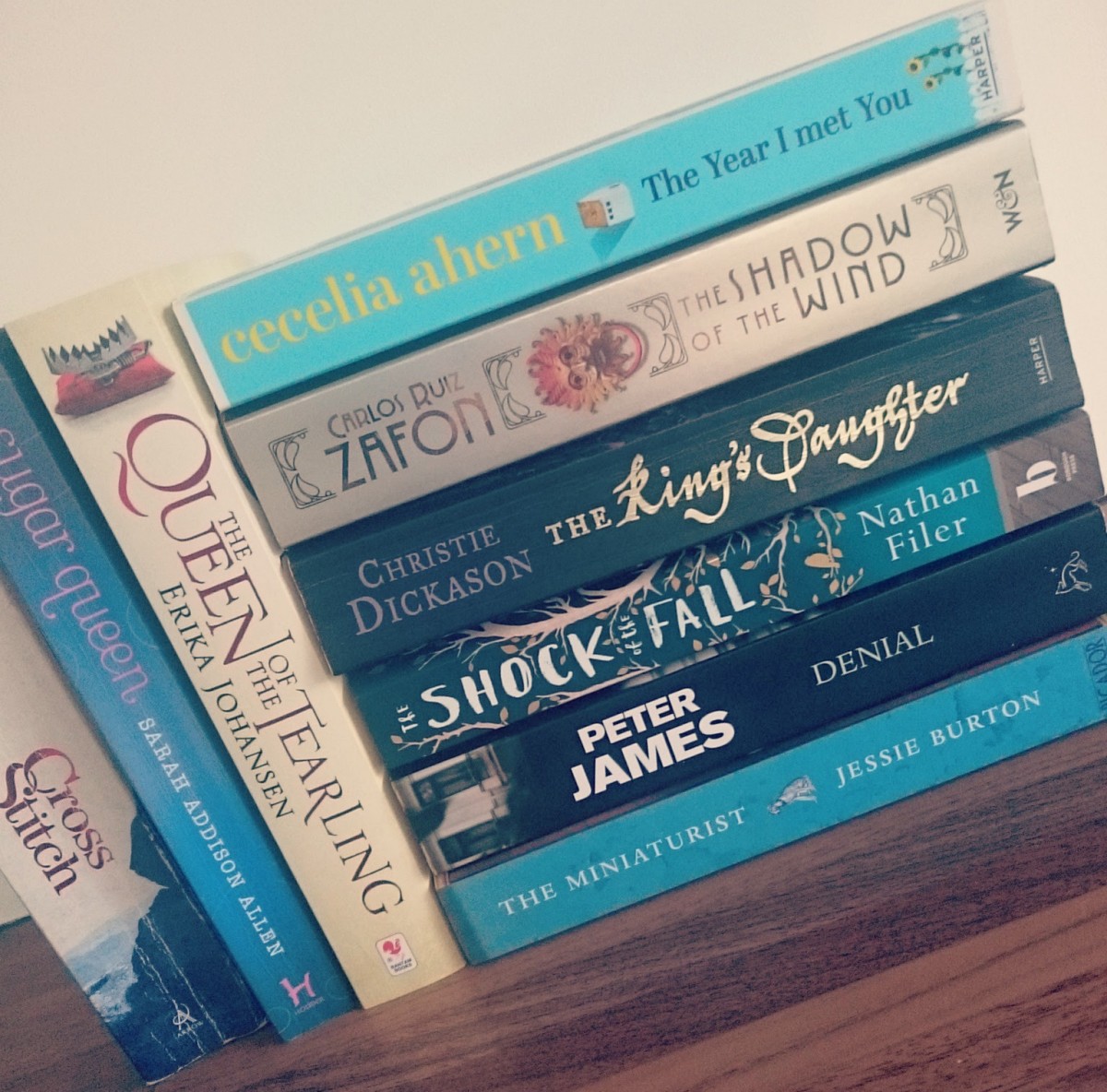 The Miniaturist by Jessie Burton

This one intrigues me. It was one of those book covers that kept calling me to me when I was in book shops until I finally gave in and just bought a copy! It’s set in the late seventeenth century in Amsterdam, and is apparently beautiful and suspenseful.

The Queen of Tearling by Erika Johansen

I’ve read about this on a couple of blogs and it popped up in a magazine I was reading the other day so it felt like something was telling me to try it. It’s the first in a fantasy series and I think it will be quite unlike my usual reads, so I am really looking forward to it.

Having read and thoroughly enjoyed The Peach Keeper and Garden Spells, when I saw The Lilac Linnet mention this as one of her top 2015 reads, I grabbed myself a copy.

The King’s Daughter by Christie Dickason

This was a charity shop bargain and one that I’m really looking forward to. This is about Elizabeth, James I’s daughter, a period of history that I love and that I’m studying, too.

The Year I Met You by Cecelia Ahern

I read my first Ahern book quite recently and enjoyed it, so I’ve picked up a couple more when I’ve spotted them out and about. This one starts with the protagonist losing her job and follows her on her journey for the next year of her life.

The Shock of the Fall by Nathan Filer

This books begins ‘I’ll tell you what happened because it will be a good way to introduce my brother. His name’s Simon. I think you’re going to like him. I really do. But in a couple of pages he’ll be dead. And he was never the same after that.’ I just know that I have to read it.

The Shadow of the Wind by Carlos Ruiz Zafon

This book looks beautiful, from the cover to the blurb, describing itself as ‘the classic literary thriller: once opened, never forgotten’. I look forward to discovering why, and I think this is going to be my very next read.

I have read a few books by Peter James now and they are brilliant. They always draw me in from the very first page, so I know that this will not disappoint.

How, how have I still not read this? This has been sitting on my shelf for ages now, and I keep put off starting it as I’ve a feeling that once I do I won’t be able to put it down (it’s a long book) and I’ll then urgently need to read more in the series – this is the popular Outlander series and I just know that I will love it. And so I avoid it. Odd, I know – I will read it this year!

Have you read any of these books? What were your favourite reads of 2015?

7 thoughts on “My Current ‘To Be Read’ Pile”