Last weekend we took the kids to Madame Tussauds for their very first visit. The Husband and I had been together years ago, so it had changed a lot and we were all eager to see the Star Wars exhibition, the big pull for us. The biggest change that was apparent from the moment that we walked in was thanks to technology. It must be about fifteen years since we last visited, and though people had their cameras then, it had nothing on the present day – we are definitely in the world of the selfie!

What struck me as I was strolling round it that there really is something for everyone at Madame Tussauds. I saw teenagers loving posing with One Direction, kids excited to be standing next to Shrek and then to be able to rub shoulders with everyone from Brad Pitt to Albert Einstein to The Beatles to Zoella it means there’s someone for all of us adults, too. I was impressed that the Downing Street figures were not attracting more selfie abuse and attention with Johnson and Cameron in there!

Now me? I’m a history student, and so I was particularly excited to see people such as Henry VIII and Charles I there. In fact, my excitement over seeing Charles I has probably not been seen before over that particular model! The Husband liked the sporting legends section, and really, what English football fan wouldn’t want a snap with this legend? 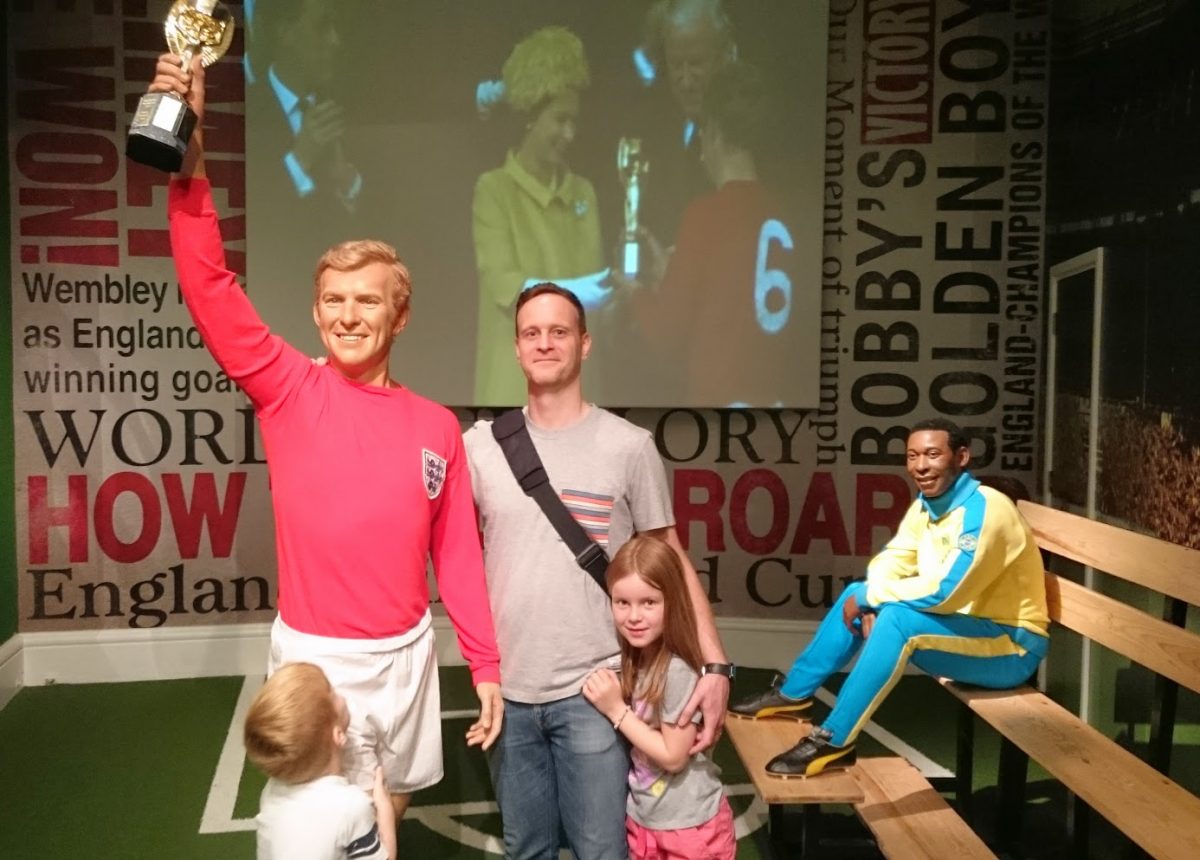 And with Pele right there, too.

My kids are 6 and 3, which does mean that they didn’t know many of the figures on display. They are not really up on their film stars, celebrities, pop icons or sporting heroes just yet. This meant that we kind of whizzed through much at the start, so if you are going with little ones, I’d bear that in mind if they’re in a similar position to mine. However, they enjoyed the Spirit of London ride, one of my personal highlights, and were then so excited when we reached the Marvel and Star Wars exhibitions.

As well as the waxworks, there is also a 4D Marvel attraction included. We didn’t stop for that, as the kids weren’t keen, which did actually work out well as it meant we got to walk around the Star Wars section with very few people.

The Star Wars exhibition had the kids gasping with excitement around every corner, and let’s be honest, the Husband and I were pretty excited, too! I mean, it’s not every day I get to kick back with Han Solo, is it?! 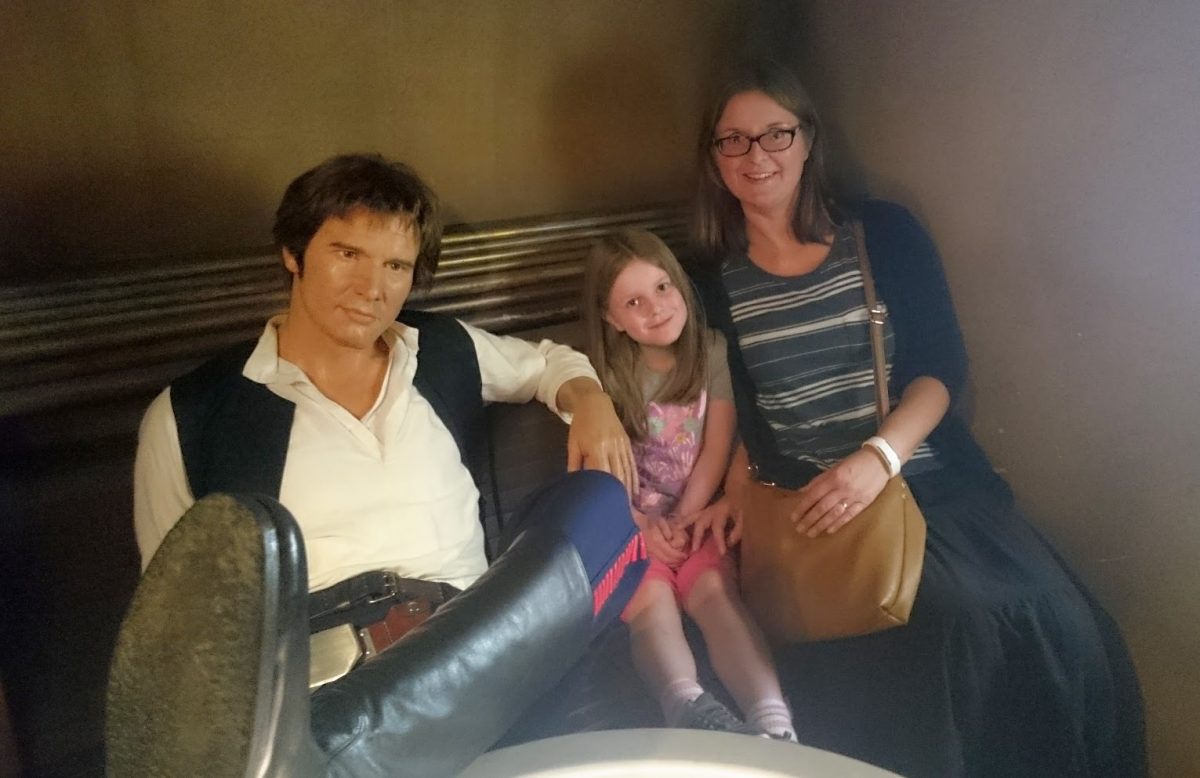 Or that Boo gets to fly the Millenium Falcon?

And I love this picture of Boo. I mean talk about getting caught in the cross fire, and with the Emperor looking on! 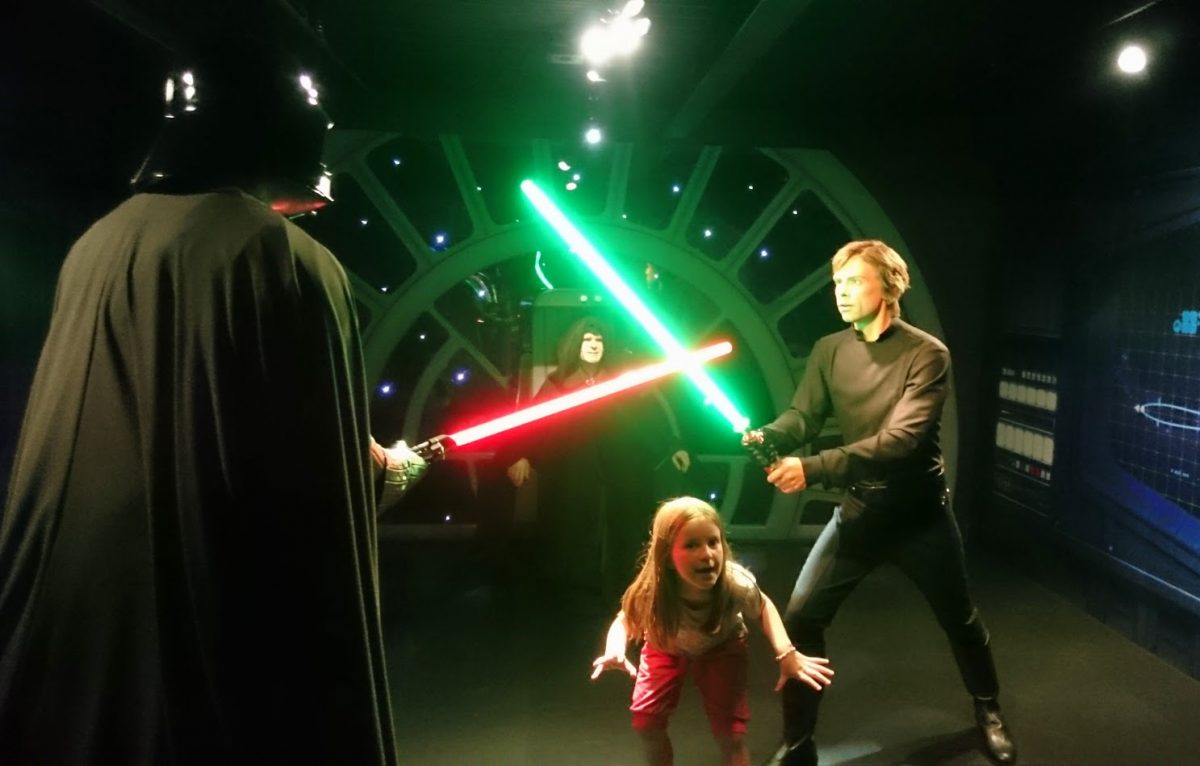 There are photo opportunities galore, and it’s fun getting involved in various poses and Star Wars scenes.

There are so many waxworks to see, and they all look absolutely brilliant. I loved the inclusion of a ride, too, and for my son who is a huge fan of both Marvel and Star Wars, it just couldn’t have been better. We went on a Sunday morning and the queues to get in were moving quickly. I felt we could get to most of the waxworks easily enough to pose for photos, only having to wait for a few of the most popular ones for a minute or so. It’s a fun attraction that I think appeals to all ages. Something for everyone!

If you’re in London, I also think it’s worth a look at the Merlin attraction tickets as I noticed that they represent really good value when you buy a few of them together. Plenty to see and do then!

Disclosure: We received entry FOC for the purposes of this post, though all words and opinions remain my own

8 thoughts on “Something for Everyone at Madame Tussauds”