We were delighted to be invited to Thomasland, to see the new Thomas & Friends film, Tale of the Brave in their 4D cinema, recently. A trip to Thomasland at Drayton Manor is always a popular outing in our household, and I’ve shared one of our days out there here before, but this was all the more special because it was on Little Man’s second birthday.

Boo was due at school in the afternoon, but there was just time for her to have a ride on her favourite ride, the Troublesome Trucks Runaway Coaster, before we were due to be at the screening. On arriving there, we were welcomed to a room full of Thomas & Friends toys, popcorn and drinks, and the all-important Sir Topham Hatt put in an appearance, too, and took us through to the cinema.

Boo was so looking forward to this! We’ve got several Thomas & Friends films, and she really enjoyed last year’s King of the Railway. Little Man was a little uncertain about it all, having never been to the cinema, though he definitely liked having a big chair and ate plenty of popcorn! 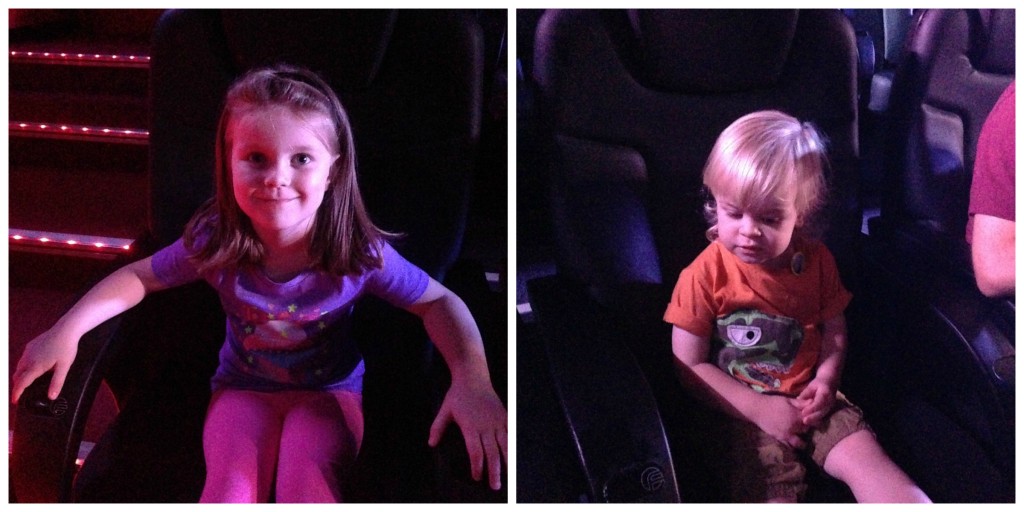 So we settled in and watched… 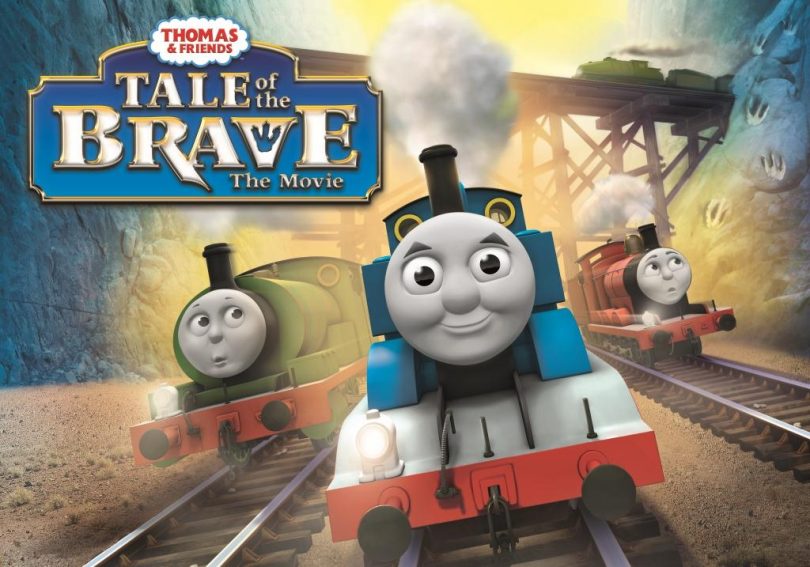 Tale of the Brave

All aboard as Thomas & Friends face their fears in an epic adventure! After a monstrous storm on the Island of Sodor, a landslide unearths some giant footprints on the slopes of The Clay Pits. Thomas and Percy are eager to find out what could have made these marks but obstacles and danger seem to appear around every bend in the track. With the help of new friends, a little digging, and a heap of courage, they discover the surprising answer and, along the way, uncover the true meaning of bravery. Join Thomas & Friends in this exciting and inspiring movie adventure!

Percy was the main character in this one, with some new friends introduced, too. It had some catchy tunes (we were swaying along in our seats!), plenty of action and a few spooky moments. The messages the film gives are of friendship, where Thomas comes through for his friend in the end, and of bravery in the face of being scared.

The film had Boo enthralled, and as we now have the DVD, she’s watched it several times since, so I can be sure that it’s a hit here! It runs for just over an hour, which is a perfect length, I think, for little ones. Little Man’s attention drifted elsewhere, in the excitement of the cinema surroundings, but he has enjoyed watching it at home since. It’s available to buy now, and a great addition to any Thomas & Friends fan’s collection.

So film over, the Husband whisked a happy and excitable Boo off to school for the afternoon, and then returned so that we could spend a couple of hours playing around Thomasland with Little Man before collecting her.

I can honestly say that Thomasland is one of Little Man’s very favourite places to go – he asks to go there most days! The rides are brilliant for little ones, and as he had Daddy all to himself (Daddy’s the one for rides, as I get motion sickness!) he made the most of it and they went on plenty…

We also love to take the train from Knapford station across Drayton Manor to the end of the zoo. The train ride is probably Little Man’s favourite part of it all…

Though when we get to the other end, there’s a fabulous play area, which he’s pretty keen on, too! There are lots of tunnels and slides to explore, which he adores…

Around this play area, there is a zoo and a dinosaur park. You then walk through into Drayton Manor, with plenty of rides, shops, eateries and amusements to keep you busy and fed, and then onto Thomasland. In Thomasland itself, there’s a Thomasland shop, 11 rides all suitable for little ones and an indoor soft play area. Whenever we visit, though it’s usually out of school holidays, queues are either non existent, or very short. We had a season pass last year, so that tells you how much we like it there! The season ends soon, with a 2 day fireworks event, and they then have their Magical Christmas, which may well be where we take the kids to see Santa this year.

All in all, from the Tale of the Brave showing and our adventures round the park, we had a fabulous day there. It was the perfect way to spend Little Man’s birthday, visiting a favourite place, having the two of us to himself for the afternoon, and taking in his very first cinema experience. We did go home and have a little family tea for him, too, along with cake, so he went to bed a very happy and tired little 2 year old!

Disclosure: We received entry to the park and cinema showing FOC for the purposes of this review, though all words and opinions remain my own.

19 thoughts on “Tale of the Brave for My Birthday Boy”