Among a plethora of tasty British favourites including afternoon tea, Yorkshire puddings, Eton mess and crumpets, the humble starchy chip is arguably the UK’s most simple and coveted food – and whether you like yours as a chip butty, fish and chips or a side-kick to your cheeky burger with a well-known takeaway chain, this versatile dish is certainly at the top of our most-loved food list!

The rise in popularity of this tasty fried root crop vegetable over the last century is quite a success story. In current day, a whopping 12% of British potato crops are turned into chips, with 7% of US potato crops across the pond ending up in McDonald’s chips alone (French fries to Americans)… And when it comes to devouring the golden chunks of potato delight, we lag behind our American neighbours – the average Brits eats just more than 3.2kg of chips a year; the average American eats 7.4!

One thing is for sure – the chip is well and truly ingrained in our British culture – and the proof is in our fish and chip consumption – shops in the UK sell over 247 million portions of fish and chips each year, that’s almost 8 each second! Phew! 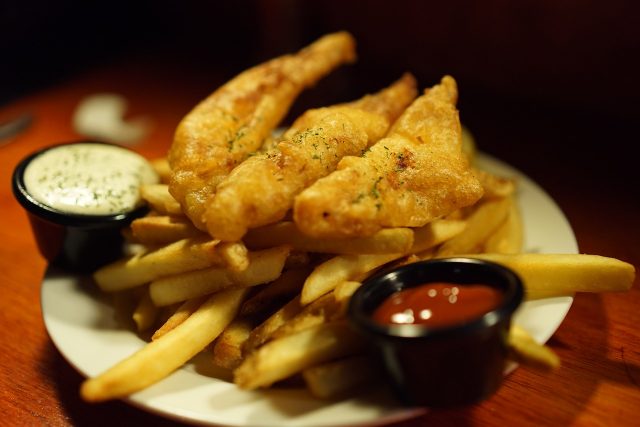 Despite their popularity, the origins of chips are unclear, though one thing is for certain – the fried potato appears to have European roots. French and Belgians dispute over where fries were invented; a Belgian journalist claims that a 1781 family manuscript recounts that potatoes were deep fried prior to 1680, however no manuscript has been produced.

Yet despite this, historians claim potatoes were being fried in the late 1600s. According to Belgian lore, poor villagers in the Meuse Valley often ate fried fish that they’d caught in the river. They then turned to potatoes like they’d fried the fish, and the rest, as they say, is history. It’s widely believed that chips became popular and enjoyed widespread when they were introduced to American, British and Canadian soldiers in Belgium during WW1.

Coming back to the UK, a reference to the humble chip as “husky chips of potatoes” was included in Charles Dickens’ ‘A Tale of Two Cities’ in 1859. Shortly after this, it’s believed that chips were first brought to the UK in 1860 by the Malin family, Jewish immigrants from Portugal and Spain. 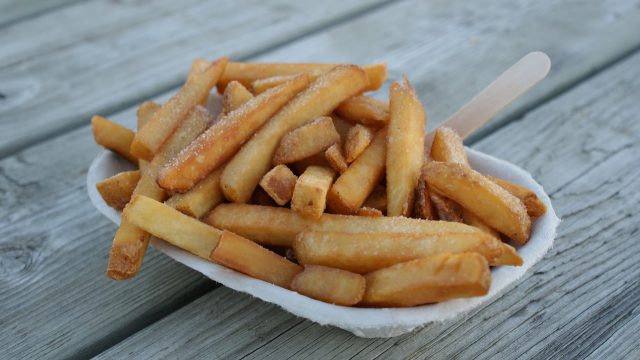 Fast forward to today and chips are one of the most popular foods in the world. Styles vary from region to region, as do the accompaniment. In the UK our staple is a 10 to 15 mm cut – most commonly served with fried fish or a burger. In France and Belgium where it’s believed that chips originated, pommes frites (fries in France) in small and thin cuts are favoured. Spain have the patatas fritas – large and irregular cuts forming big chunks, partially boiled and then fried. The Germans love their fries with a healthy dollop of mayo or sausage and across the Atlantic in North America, long and thin French fries are popular in the USA, with Canada taking the crown as the french fry capital – the home of McCains food and their yummy McCain crispy french fries.

But what is the key to a fabulous chip butty? It’s all about choosing the perfect potato! When choosing which potato to use to make your chips, the ideal spud is not too wet and not too dry! And we’ll explain why… it’s all about the starch. Potatoes high in starch and low in moisture makes them fluffy in consistency and ideal for frying and baking – perfect for thin cut french fries or chunkier chips

Then there’s all purpose potatoes which are medium in starch – and are suitable for just about any type of potato cooking, including frying and baking.

The ideal potato types to use for making chips include Russet Burbanks, Maris Piper, King Edwards or Yukon Gold (known for its buttery yellow flesh, ideal for making glowing golden chips) and if you fancy trying something different, the Highland Burgundy red is another good option.

Also consider the age of the potato when looking to make the perfect chips – potatoes purchased and then appropriately stored (cool with light excluded) for around two to three weeks will produce the best chips.

2 thoughts on “The Ultimate Guide To Chips”