I’m still amazed by the everyday things that my children see as fascinating. The mundane, the unnoticed or even the irritations in my life, which elicit gasps and wonder from them. We had one such occurrence last week. It was the weekend, and a cold one. Which meant frost. Which to me means heating on a bit higher and scraping the car when we go out. Which to Boo meant the garden looked magical and she had to get out there.

I don’t think she’s ever dressed so early (voluntarily) in her desperation to be outside exploring her wintry world.

She loved it, though she wasn’t out there for long (it was cold!), as she carefully crept around pointing out all of the plants covered in frost to me, and ‘wow, look at my trampoline, it’s all frozen!’. I do appreciate her taking the time to show me the world through her eyes, as it is often so much nicer than I see it. Thanks, Boo. 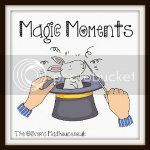 40 thoughts on “The Wonders of Frost”